Stock Valuations and the “Rule of 20”

Stock Valuations and the “Rule of 20”

The beginning of a new decade is one of those personal milestones that often prompts reflection and introspection. Where am I in life’s journey? How do I feel about the decade that just ended? What lies ahead?

Investors are no different and may have posed the same questions about the financial markets at the end of last year. Their review of the past decade was quite likely positive and upbeat. Stocks and bonds both had a remarkable run in this period. The S&P 500 index soared by an annualized 13.6% in the 2010s and the Barclays Aggregate Bond index1 rose by 3.7% on an annual basis.

U.S. investors in particular were perhaps also gratified to see the dominant performance of their domestic stock market relative to the rest of the world. U.S. stocks generated cumulative returns of over 200% in the last ten years and outpaced stocks in both the developed and emerging foreign markets by over 150% in aggregate2.

As the stock market gets off to a strong start this year, concerns about valuations are now starting to grow. During a year of virtually no earnings growth, how could stocks perform so well? As Price-to-Earnings (P/E) multiples rise, are stocks expensive now or even overvalued?

The symmetry and numerology of the year 2020 brings to mind the good old “Rule of 20” as a useful way to think about these questions. A tried and tested heuristic in the stock market has been derived from the combined levels of the P/E ratio and the rate of inflation. Over the years, markets have shown a distinct tendency to revert back to a sum of 20 for these two metrics.

In other words, the Rule of 20 suggests that markets may be fairly valued when the sum of the P/E ratio and the inflation rate equals 20.

This seemingly simplified insight has nonetheless been surprisingly effective. Here are some historical observations3 for the Rule of 20.

Valuations in the last 5 years have trended higher. The average P/E in this period is measured at 18.1, which is admittedly higher than the 50-year average of 15.8.

However, the upward drift in P/E ratios is rooted in the fundamental drivers of low inflation and low interest rates, and not in speculation or euphoria as some might fear. Inflation in this period has come in significantly below its 50-year average at just 2.0%. Muted levels of inflation have been one of the most remarkable outcomes of this lengthy economic cycle.

As a result, the sum of P/E and inflation in the last 5 years registers at 20.1 which is almost surgically aligned with the Rule of 20. It also provides us with a key insight and takeaway. Higher-than-normal P/E ratios in recent years are being supported by lower-than-average inflation, and consequently, lower-than-average interest rates.

The P/E ratio, both forward and trailing, and inflation rate so far in 2020 are a notch higher than the 5-year average shown above. The average P/E this year is close to 19, inflation is around 2.5% and the sum of P/E + Inflation is just above 21.0.

Any discussion of valuations or growth at this point would be incomplete without reference to the current concerns about the coronavirus. In this regard, we observe that geopolitical or “geomedical” events rarely have a lasting impact on the markets even though they inflict significant human pain and suffering. At this point, we hold a similar view that the current fears of a pandemic will also pass without meaningful permanent economic damage. We, therefore, believe that our valuation views discussed above in the context of the Rule of 20 still remain intact.

We believe that the U.S. stock market is fairly valued at these prices. We also believe that a U.S. recession is unlikely in the near future based upon the health of the consumer and the job market. We nevertheless remain vigilant to changing sources of risk and guard against them through a focus on high quality investments.

1 Bloomberg Barclays US Aggregate Bond index
2 Based on the S&P 500, MSCI EAFE and MSCI EM indexes
3 Source: Evercore ISI
4 2020 data is through February 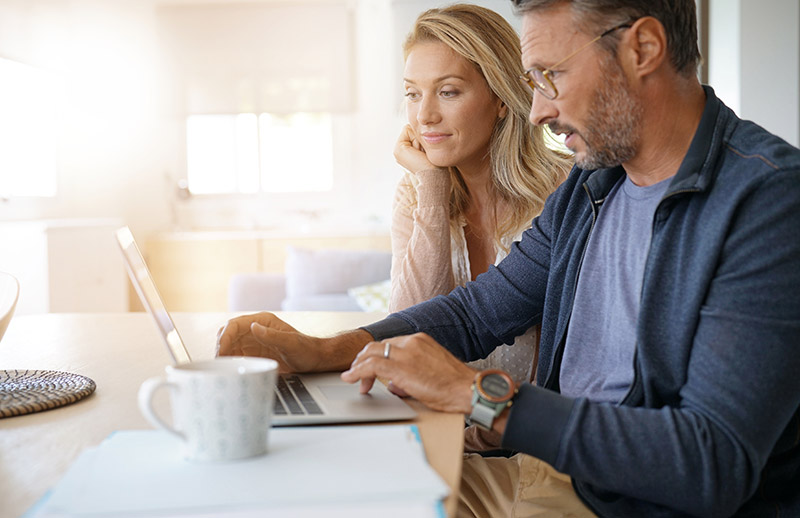