For nearly 60 years, global oil markets have been largely influenced by the Organization of the Petroleum Exporting Countries (OPEC). The combined oil production of the 14-member-nation group makes up about 30% of the world’s total production, with Saudi Arabia representing over a third of that production. It shouldn’t come as a surprise that Saudi Arabia has become the de facto leader of OPEC. What may come as a surprise is the role that the US (and in particular, California) has played in the rise of Saudi Arabia to the world’s oil elite. What may also come as a surprise is the fact that the US has now become the largest oil producer in the world. This change in global leadership has come on the heels of recent and dramatic technological change in the way oil is produced. The dynamics of global oil markets are shifting once again.

In the early twentieth century, California was one of the world’s largest oil producers. In 1914, California produced 100 million barrels of oil, representing nearly 38% of total US production and over 24% of total world production that year. Beginning around 1930, US oil companies began to search outside the US for their oil production growth. In 1933, an agreement was struck between Saudi Arabia and the Standard Oil Company of California (SOCAL), which together created a subsidiary company called the California Arabian Standard Oil Company (CASOC). CASOC was tasked with finding oil in the Saudi Arabian desert. In 1938, after years of unsuccessful drilling, CASOC struck oil in the Dhahran oil field. More successful wells soon followed and multiple discoveries quickly led to the realization of billions of barrels in crude oil reserves in Saudi Arabia. CASOC was renamed in the years that followed, first to the Arabian American Oil Company (Aramco) in the 1940s, and eventually to the Saudi Arabian Oil Company in 1988. In addition to renaming the company, the Saudi government also took control of it starting in 1973, and owned the company and all of its reserves outright by 1976.

Saudi Aramco remains one of the most influential oil producers in the world, with the company announcing (but ultimately delaying) its plans to go public through an IPO. Instead, the company tested the market’s appetite for lending to the company for 30 years by holding a large-scale debt offering in April 2019. The market was surprisingly accommodative, with demand for its $10 billion in notes exceeding $100 billion, or 10x the available amount of bonds. This enthusiasm demonstrated the market’s comfort with the world’s insatiable demand for crude oil. It also further cemented Saudi Arabia’s leadership role within OPEC, a role that finds itself at the center of implementing the groups’ oil production decisions.

OPEC is probably best known for being the global cartel of oil production, but it’s also known for the political and social instability found within some of its various member nations. Two countries currently facing such issues are Venezuela and Iran. Venezuela, with its incumbent socialist president Nicholás Maduro opposing President Trump at every turn, is now attempting to navigate its way through the grips of a full blown humanitarian crisis. With the Trump administration’s recently imposed tariffs crippling the company’s oil industry, Venezuela’s total oil production has dropped by two-thirds from its recent high, or from 2.38 million barrels per day in 2015 to 0.77 million barrels per day as of June 30, 2019.

The other OPEC nation facing production issues is Iran, who has also drawn the ire of President Trump and is facing oil export sanctions of its own. Since the start of the latest round of sanctions, which threaten importers of Iranian oil with sanctions of their own, Iran’s oil production has declined from a high of 3.83 million barrels per day in 2018 to 2.28 million barrels per day as of June 30, 2019, or more than a 40% decline in total oil production from recent highs. OPEC’s typical response to production outages has been to boost production from remaining member nations that have spare capacity, a request that often falls disproportionately on the shoulders of Saudi Arabia. However, to add another wrinkle to OPEC’s current dilemmas, the recent concerns of a global economic slowdown have led to successive revisions lower to global oil demand and to rising oil inventories. In an attempt to counter these concerns and to stabilize the recent decline in oil prices, OPEC implemented a 1.2 million barrels per day production cut in late 2018, a decision the group recently extended into 2020. Although the cut may provide some stability to prices over the short term, it also implies increasing spare capacity across OPEC, which could help keep a lid on oil prices absent any exogenous supply shocks to oil markets. However, given the recent escalation of tensions between Iran and the US and other western nations near the Straits of Hormuz, the probability of a material supply side shock to oil markets is increasing. These escalations stem from the crippling effects that US sanctions are having on Iran’s oil production, and thus to the overall economic growth of that country.

To put some numbers on OPEC’s current oil production, the group produced about 30 million barrels per day, or roughly 30% of the world’s total production, as of June 30, 2019. Saudi Arabia’s share of that production was about 9.7 million barrels per day. The US, who is now the largest oil producer in the world, produced 12.2 million barrels per day as of June 30, 2019. The next largest global oil producer is Russia at around 11 million barrels per day, followed by Saudi Arabia. The reason for such a large oil boom in the US has been the introduction and the successively lower costs of fracturing shale rock to produce crude oil, a process also known as “fracking.” For example, in the Midland basin, companies fracking for oil in early 2014 were realizing breakeven prices above $88 per barrel. Companies fracking in Midland today are realizing breakeven prices less than $39 per barrel, which is nearly a 60% reduction in breakeven prices in a little over 5 years. Some of this cost reduction can be attributed to reductions in corporate overhead costs, but the majority of reductions can be attributed to continuous improvements in fracking technology and the fracking process overall, including improved ways of fracturing, extracting and gathering flowing crude products.

Global oil production has had a long and storied history, one that stretches from the central valleys of California to the barren deserts of Saudi Arabia. During that history, the industry has seen the rise of various global oil producers, beginning with the US in the early twentieth century; followed by Saudi Arabia and the rise of OPEC later that century; and more recently back to the US. Within the industry there are many dynamics that investors face, including the political and social instability that can be found in major oil producing nations. Such instability can lead to major disruptions in the supply of crude oil, which we’re currently witnessing with Venezuela and Iran. Another important dynamic is the recent technological change with the introduction of fracking within the US. With continued cost reductions related to fracking, the technology has led the US to becoming the largest oil producer in the world. If there is anything that investors can glean from global oil markets, it’s that the dynamics of these markets are constantly shifting, and that change is inevitable for those who invest in them. 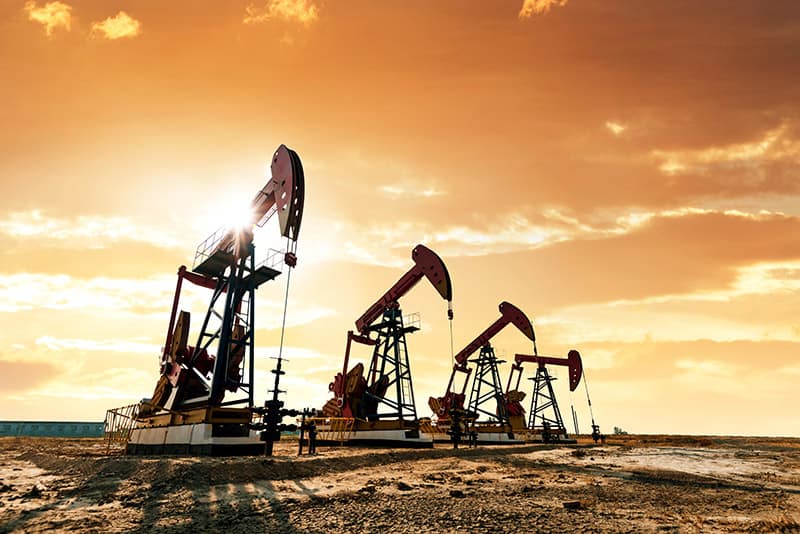