Squabbling siblings, spendthrift heirs and hostile step-relatives aren’t just the stuff of television drama. These characters often turn up in families, too, which can make estate planning challenging for high-net-worth (HNW) and ultra-high-net-worth (UHNW) households.

“What we’ve learned at Whittier Trust working with UHNW families over multiple generations is that raising kids is hard, but doing it in the context of significant wealth is actually much harder,” said Pegine Grayson, a Senior Vice President for Philanthropic Services at Whittier Trust in South Pasadena, California.

Whether you’re dealing with motivating offspring or merely the fact that each family member has different needs, acknowledging family dynamics is an important part of estate planning.

To effectively address complicated family issues, communication with your heirs — including candid conversations while you’re alive and a “letter of wishes” to be read during the estate transition — is often extremely beneficial, said Kimberly Frasca-Delaney, a Vice President and Client Advisor for Whittier Trust.

“Many situations benefit from an overarching two- pronged approach,” Grayson noted. “Number one, put the right plan in place, and number two, communicate about it appropriately with your heirs. I think if either of those things breaks down, you may not get the desired result.”

Matching your estate plan with your family’s needs requires a delicate balance of financial, psychological and emotional considerations. Advisors at Whittier Trust often are significantly involved in this process, and in particularly challenging situations they sometimes suggest bringing facilitators and counselors to family meetings to mitigate conflict and build understanding.

Here are some of the common issues that wealthy families can face.

“Kids are wired the way they are wired,” said Frasca-Delaney. “If they’ve been fighting all their lives, a financial advisor usually can’t fix that.”

Money may increase these tensions. For example, a more financially successful sibling may look down on a sibling who might be equally successful but in a less lucrative career.

Whittier Trust will often assign different advisors to siblings to ensure that each sibling feels that his or her business is separate and apart, Frasca-Delaney said.

But it’s often important for parents to explain their goals and objectives as well as the reasons for their choices.

“Beneficiaries, whether they’re children or charities, should know there’s a plan in place and that the creators of the plan are comfortable with the plan,” said Frasca-Delaney.

Some plans may increase the potential for family disharmony. Naming one sibling as a trustee who can set limits over his or her brothers and sisters isn’t doing that sibling any favors, Grayson cautioned. She suggests choosing an impartial corporate trustee to avoid such a situation, which will almost certainly become a source of aggravation.

“No parent wants to envision a scenario where, after they die, the kids are in open warfare or suing each other,” she explained.

Grayson also recommends that parents consider giving at least some money to each sibling, rather than completely cutting anyone out of the will, and include an explanation for the disparity. Some estate planners include a stipulation that the “disinherited” heir will lose even that smaller amount if he or she sues. Such a clause may be a deterrent, even in a state where it isn’t enforceable.

A letter of intention spelling out the reasons for a disparity in inheritance — explaining that an heir squandered money during the parents’ lifetime, for instance — can also reduce the likelihood of a lawsuit.

Thankfully, said Frasca-Delaney, most of the patriarchs and matriarchs of blended families she encounters are mindful of the need to take care of every family member appropriately.

“Sometimes the children from a first marriage and second marriage may be treated differently, or will get certain assets that are sentimental or special to that first family,” she said.

A letter explaining the intentions of parents or grandparents is particularly important in blended families, she said — precisely so its members know that situations like the above, in which the daughter of a first wife might get a different or even more desirable inheritance than the daughter of a second, are expressions of the patriarch’s wishes.

The creation of a family foundation can bring families together to work on philanthropic causes — which may eventually bring them together emotionally, said Grayson.

Whether the family is a traditional or a blended one, meetings can make estate planning more transparent and smooth the way for an easier future transition.

“We work intensively with our parents to explore what it is that would be good to tell the kids now based on how old they are and how mature they are,” said Grayson.

“We create a place where everybody can come together, where the matriarch or the patriarch can tell stories of what the wealth has meant to them or what their feelings about money were or what their values are that they want to pass on to their kids. Regularly, we offer a flowchart of what their plan looks like and why, and a chance for the heirs to ask questions.”

A trust can protect heirs from bad decisions and from others attempting to access their wealth — which sometimes even includes their friends and spouses, said Grayson.

One female client married a partner who wanted to use the bulk of the client’s family money to support his business endeavors, which ended up failing. The result was that the couple had to considerably rebuild their finances.

Fortunately, a trust was in place that prevented her from draining the family wealth too, Grayson said.

By providing staggered payments or tying funds to specific uses, such as education, buying property or starting a business, a trust can be a strong instrument to control spending.
In some cases, money is spent irresponsibly due to substance abuse or mental health issues, said Frasca-Delaney. To address this, advisors may arrange family meetings with counselors to discuss ways to handle these issues financially and emotionally.

A trust can be written to control spending and behavior, with clauses mandating that funds will become accessible only if an heir undergoes drug testing or treatment or stays sober for a certain number of years, said Frasca-Delaney.

It’s better to proceed cautiously and conservatively in such matters, she said, even if it means offending someone.

In one family, a father was concerned that, if he died before his wife did, his sons, who had already been given and had run though millions of dollars of his money and had proved to be litigious, would rush into court to seek a conservatorship over their mother to get at her assets.

He discussed his concerns with advisors at Whittier Trust, where ultimately, the plan going forward was for him to leave his sons a nominal amount of money and establish a charitable remainder trust that would provide for his wife until she died. At that point the money would revert to charities that were meaningful to him.

In addition, Whittier Trust advised the client to explain his decisions with a letter of intent and obtain a psychological evaluation to establish competency.

That sort of communication, transparency and documentation is often key — regardless of your family dynamics.

“You can have the best plan in place and still, if it’s a shock to the kids or the spouse or to anyone at the time of your passing and feelings are hurt and expectations aren’t met, chances are somebody is going to sue somebody or there will at least be lasting resentment,” said Grayson.

Written in partnership with Forbes BrandVoice. 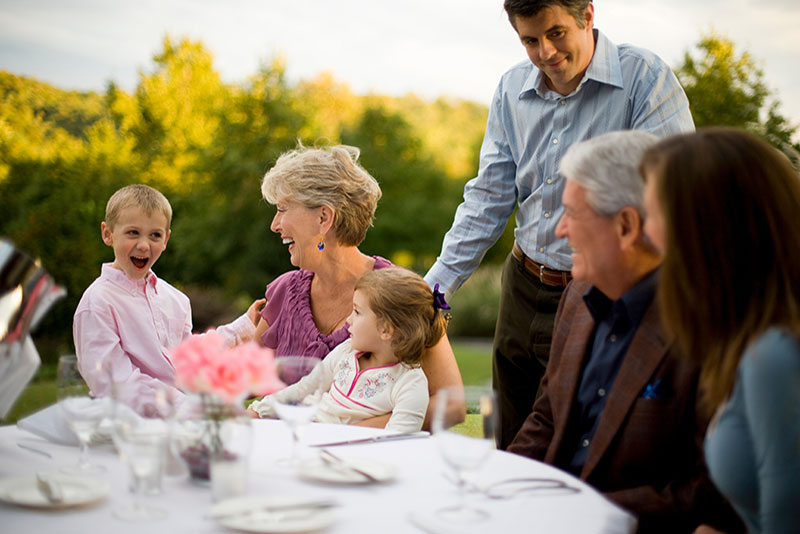