If you get paid to borrow, why not spend?

The world currently has over $13 trillion of negative yielding bonds and the German government is able to borrow for ten years at negative -0.40%. Conceiving of an economy as a business, you would think that a business able to borrow for free, should also be capable of finding a positive net present value project in which to invest its cost-free capital. This seemingly straightforward economic principle is pushed to its logical limit by Germany’s current conundrum: with the economy flirting with the brink of recession, why not engage in deficit spending to reignite growth? After all, the cost of borrowing is negative, suggesting that the bar for what constitutes an economic value-adding project is low.

For mature economies, characterized by increasing age dependency ratios, declining birth rates, persistently low inflation expectations and muted growth prospects, it seems like the time is now to engage in fiscal spending to ignite lacking growth. As the largest manufacturing economy in Europe, Germany has benefited from robust global trade, specifically its exports to China. However, Germany’s heavy reliance on exports has been the result of a confluence of events, namely a high savings rate, low domestic consumption and a robust manufacturing complex that makes a lot of what the world wants. However, the sustainability and desirability of being so reliant on exports and China is being questioned: with China slowing (and looking to shift its consumption inward, thereby being less reliant on importing from countries like Germany going forward), does it not make sense for Germany to take steps to fortify its own domestic economy and reignite German spending spirits? The prudence of relying on China and exports for GDP growth is called all the more into question by the relative strength of countries like the United States, which are spending domestically and benefiting from strong at-home propensity to consume.

Why is Germany so hesitant to engage in fiscal spending to support its economy in light of slowing global trade? A brief glance at history suggests that the hyperinflation of the 1920s, subsequent rise of the Weimar Republic and consequent policymaker fear that any deficit spending will result in uncontrollable inflation and social upheaval, are to blame. However, a more nuanced look at history shows that Germany’s deficit spending history is more complex, with Germany not always having been so tight with its purse strings. For example, after reunification in 1990, Germany ran government deficits for twenty years, expanding its debt to over 80% of GDP by 2010 in order to fund the heavy payments necessary to reconstruct Eastern Germany. This growth in debt led to the 2009 Debt Brake law, which constitutionally mandates a balanced budget – however, the cause for breaching the 60% debt/GDP threshold established by the 1992 Maastricht Treaty was as much the economic difficulties of reunification as it was a reaction to any longer-term historical abhorrence for the use of debt (even if that debt has negative interest rates).

Given the choice of paying lip service to fiscal conservatism via remaining wedded to the zero budget deficit objective or spending money to ignite growth in a world in which the global trade paradigm has shifted to looking out for #1, Germany should seriously consider the latter option. We are in a period of elevated global tensions characterized by countries looking to bolster growth channels at home, with the endgame of becoming less reliant on outside economies (and thus other governments’ policies) for domestic economic well-being. This reality suggests that countries need to develop a domestic economy and not be overly reliant on global growth, lest they find themselves playing alone in the global trade sandbox. Against this backdrop, a few suggestions as to what Germany could spend on at home to generate domestically-driven growth: infrastructure spending, developing 5G technology and overhauling energy-related infrastructure to maintain dominance in the global auto industry (which is of particular importance, given tightening emissions standards).

Will Germany finally make use of negative borrowing rates to boost demand? Economic principles, current attitudes toward globalization and a genuine need to modernize domestic infrastructure all point to yes – it’s time for Germany to part ways with stringent austerity and embrace negative interest rates as a way to boost domestic investment and growth – though this may be a surprise that global markets are not yet anticipating. 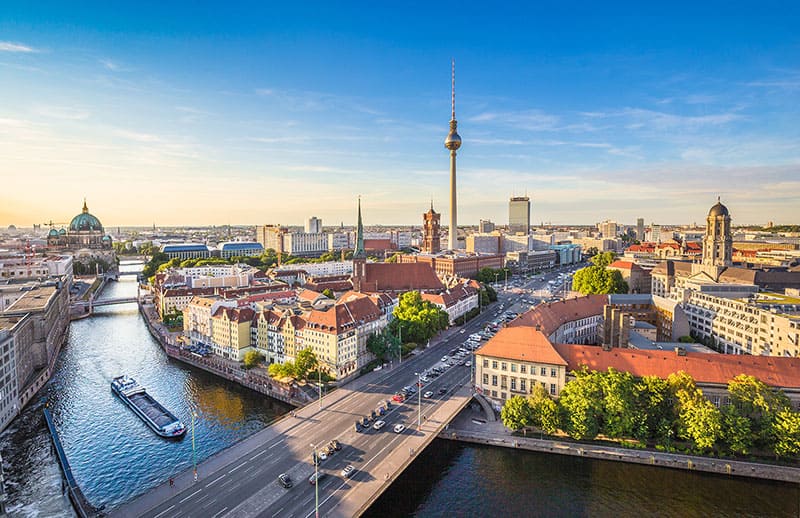