A 2019 Forbes Insights survey finds that 68% of high-net-worth (HNW) investors say family relationships greatly complicate wealth management. Note for now, this figure rises to 77% among those managing their wealth on their own. (We’ll come back to this later.)

But there needn’t be significant or persistent discord, says Caleb Silsby, chief portfolio manager at Whittier Trust. With the right strategies and actions, principals “can communicate intentions, set the right tone and generally create harmony across stakeholders and generations.”

The Seeds Of Discontent

Managing a large portfolio of $5 million to $15 million or more “is challenging enough under the best of circumstances, like where there’s a single principal and he or she is the one who, after receiving the best counsel we can offer, ultimately calls all the shots,” says Silsby. But even in such cases, “large portfolios like these are being run for the benefit of many generations, so the trick becomes balancing a wide range of needs and interests.”

It begins with the founders of the business or some other initial source of the wealth. But over time this expands to include children, and then wives and husbands of the children, and then grandchildren and so on. What happens, says Silsby, “is that the potential for conflict—for family squabbles, differing needs, viewpoints and interests—grows exponentially.”

Differences in expectations and beliefs and even arguments can arise among the closest families. But where significant wealth is involved, disagreements, if not carefully addressed, can become virulent. “There can be differences in how the wealth should be distributed,” says Silsby. “There can be disagreements over whether to continue investing in the family business or to diversify; invest purely for return or introduce values-based, ethical investing; pursue aggressive growth strategies and cryptocurrencies or stability.”

Just as often, “where a family business is involved, there can be strong differences of opinion as to who should be chosen to take the reins,” says Silsby. There cannot be more than a single CEO in any going concern, says Silsby, so the choice of next generation leader, if not obvious, can lead to resentment.

Varying degrees of disputes, from mild to severe, are likely inevitable among wealth stakeholders. However, their frequency and degree can be limited by taking a proactive approach to communicating beliefs, goals and objectives. According to Silsby, this means “HNW investors have to focus not on their wealth, but rather on the ways in which wealth can help them be better parents and family members first. They have to work hard to instill values in their children.”

HNW principals can take a number of other actions to more clearly communicate desires and wishes for the future. One of them is to develop what is known as a letter of wishes. Such a letter “can emphasize education. It can emphasize self-reliance: Use this wealth and income to supplement their lives, but by all means inspire next generations to set out to make a mark of their own,” says Silsby. “Or it can inspire philanthropy—set out a vision for how the wealth can be used to help others.”

Although it is a formal communication that explains intentions and hopes relating to the family’s wealth, a letter of wishes “is in no way binding,” says Silsby. “But it goes a long way toward helping others understand the thinking behind any decisions and the way forward.”

Another effective means of engaging and aligning hearts and minds is to conduct a stakeholder retreat. Here, says Silsby, “the idea is to organize a weekend at a destination—a place where people get away from their homes and careers and can interact with one another to focus on the goals and values of the investment principals.” At such retreats, often facilitated by Whittier Trust, stakeholders and wealth owners can openly discuss key issues, such as the performance of the portfolio as well as how funds are being allocated or otherwise placed into trusts going forward. This is an opportunity, says Silsby, “to proactively address concerns and interests and keep communication flowing.”

A particularly effective element of such an event, he says, is to associate such a retreat with some form of philanthropy. For example, at one such recent gathering, Whittier Trust helped “bring together family members and stakeholders for a weekend of assembling bicycles for underprivileged kids,” who got to ride off with their bicycles that same day. Such events will also feature presentations and workshops focusing on fundamental wealth management, but the philanthropic aspect, says Silsby, “is a very powerful means of getting people to participate and to pull together.”

When all efforts to instill harmony fail, there are other options. For example, if a principal feels strongly about keeping wealth in the hands of the nuclear family, provisions can be drafted to exclude asset ownership by extended family members. Or if certain members feel strongly that investments should be avoided in certain sectors, portions of the portfolio can be carved out. Finally, if there’s a falling out with a particular stakeholder, an executor can be appointed to address that individual’s interests without further direct involvement.

In all of this, Silsby maintains, “do not underestimate the value of a third-party wealth manager as a source of objectivity within the discussions.” Disputes or simply mere differences of opinion within a family are nearly inevitable. But by engaging a wealth manager, a principal can say “don’t take my word for it—listen to what our advisor is telling us,” says Silsby. In fact, this may go a long way toward explaining why family issues create significant tension among 77% of those who manage their wealth independently versus only 66% of those using advisors. As Silsby concludes, “It feels less personal when a third party delivers the news. And it’s a bit harder finding fault with the views of a trusted advisor.”

Written in partnership with Forbes Insights. 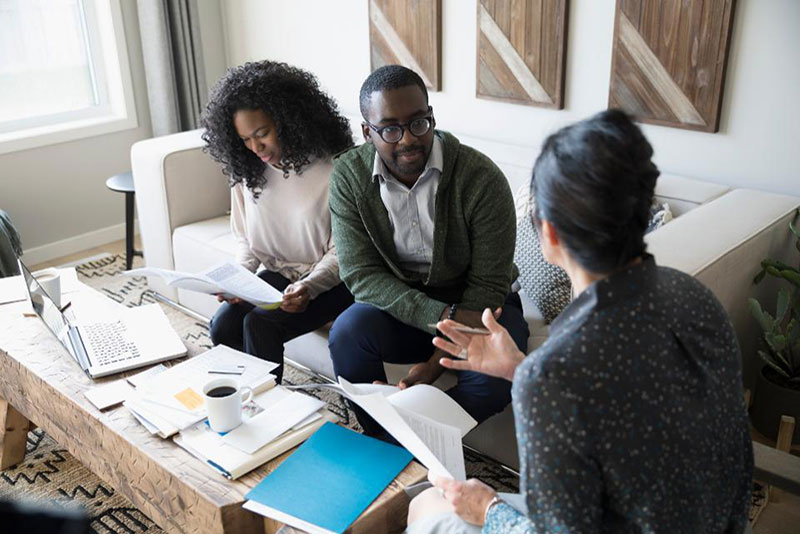